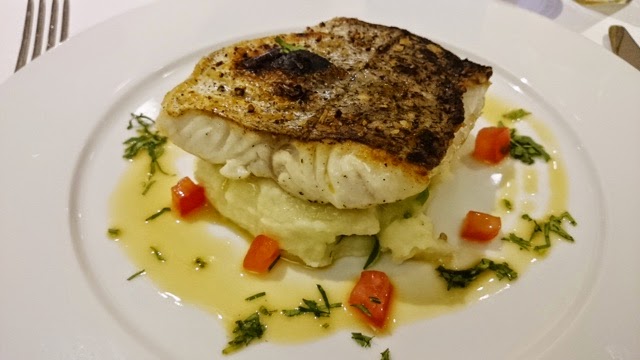 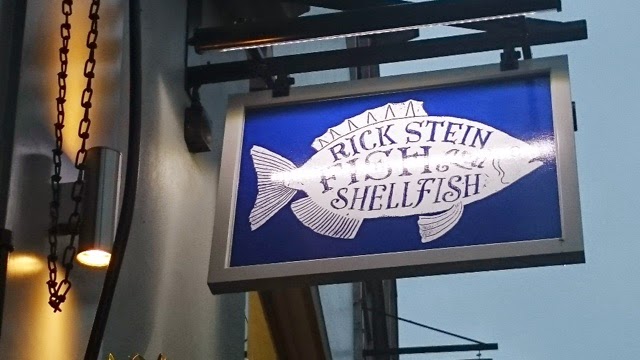 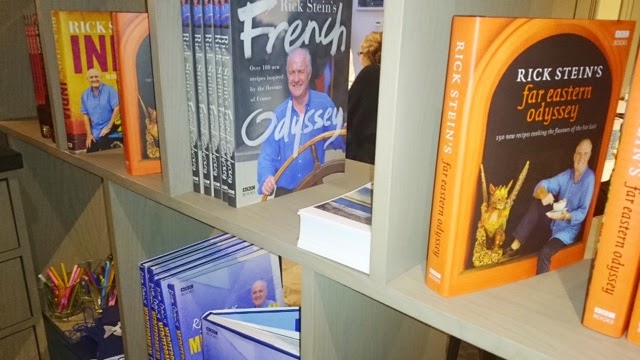 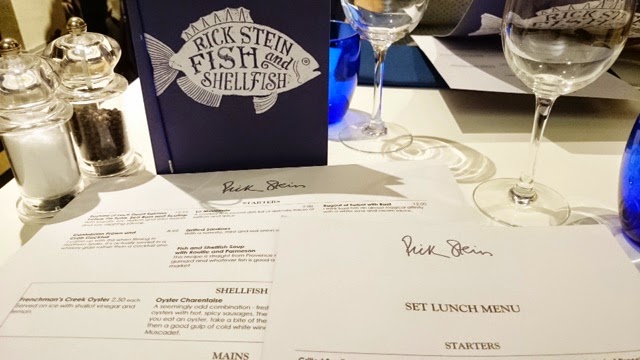 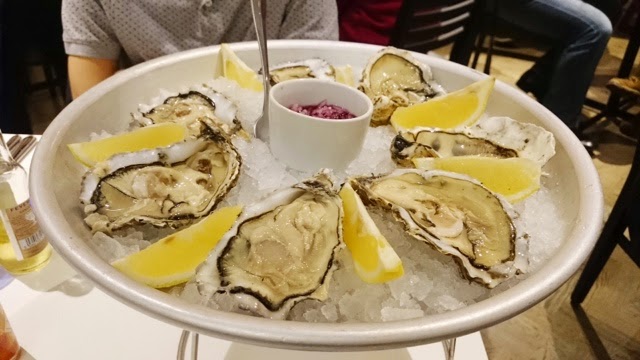 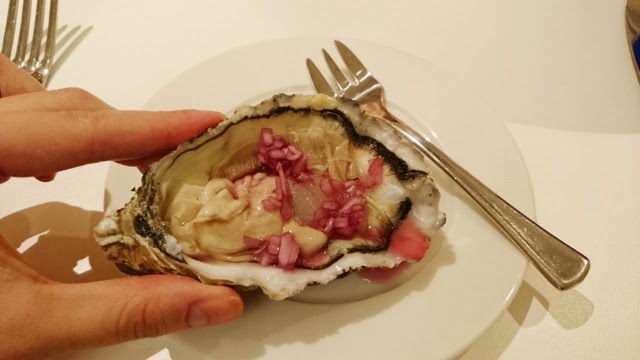 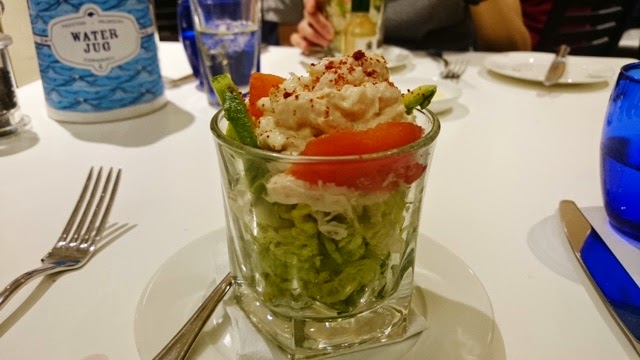 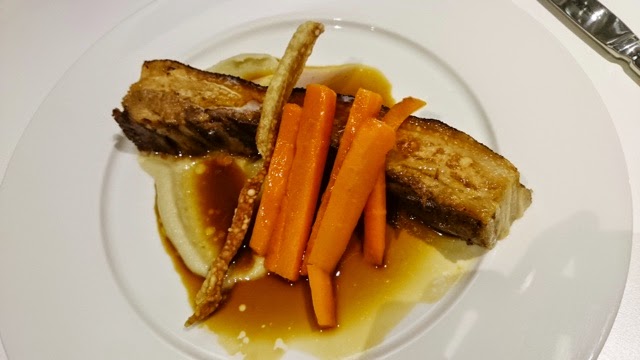 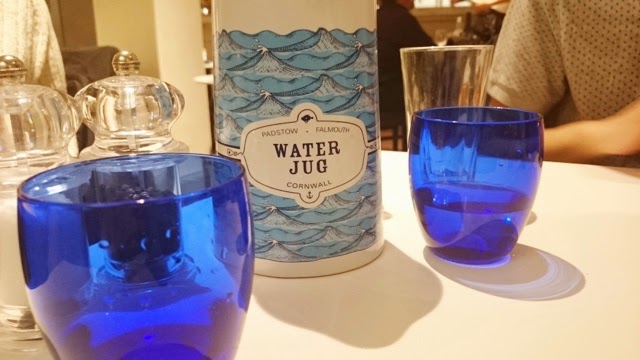 Last week hubby passed his exam so we decided to try out the newly opened Rick Stein in Winchester for lunch. I have been wanting to book myself in his cookery school in Padstow and stay for the weekend but we haven't had the chance and it's over 4 hours drive away so it's not exactly somewhere we can go to last minute!

We arrived around 1.30pm on a Thur with our fingers crossed they had a table for us. The restaurant was buzzing completely full and we were lucky they had a table free so we were seated very quickly and our coats got taken away and drinks ordered.

We both know what we like so we ordered our food quickly - 8 oysters to begin with and 2 courses on the set lunch, Cantabrian prawn and crab cocktail starter the hake with mash and roast belly pork. The menu didn't have that many option and what was available looked like an express menu and there wasn't that much variety with actual seafood which was disappointing. We both love seafood and have eaten at various places around the world.

Anyway our drinks arrived fairly quickly, 10 minutes later I was wondering where our bread basket was it wasn't until another 5 minutes later one of the waiters brought round a basket of bread and gave me the tiniest slice of bread (a bread basket would have been better) with a dish with butter then pretty much immediately after our oysters arrived and they were delicious. We ordered 8 and we only got 7 so we told our waiter and there was no apology or offering the missing oyster, however I did say it didn't matter but I would have expected him to offer anyway out of politeness. The oysters were actually my favourite part of the meal!

Next up was our starter Cantabrian prawn and crab cocktail, very simple starter but rather bland for my linking but this could be down to personal preference and there was salt / pepper available at the table. Next up was my main the hake with mash (can't remember the exact name) which was delicious and it was very fresh and good portion size. I was expecting a side veg to go with this and I didn't order one because it was a set lunch so I didn't think it was needed plus it wasn't and option on the set lunch menu. Hubbys roast belly pork was delicious but he said it did get rather filling after a few bites.

We both skipped pudding because we were running out of time shopping, we only put 4 hours on our car in the pay and display.

Our bill came to around £63 which was ok and I was surprised there was no service charge added on top so we rounded it up to £70 since it was Christmas even though I thought the service was rather average. Lots of waiters walking around but if you look closely they were not actually doing anything!!!

The restaurant is still rather new but for the price we paid in my opinion there are plenty of other options available in the town centre. I think the restaurant will do well in the area just for the Rick Stein name but I won't be returning in a hurry....maybe in 6-9 months time to give it another try. However I would still love to try his restaurants in Padstow as I have read lovely reviews from other bloggers.

If you have eaten in any of Rick Stein's restaurants and you have a review let me know!!!

PS: All opinions in this post are my own!