Advice To Give Friends For Improving Their English 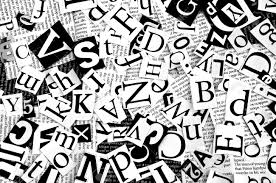 Photo: Source
When you have a friend whose mother tongue isn’t English, the language barrier strikes up every now and then. Despite being able to understand them for most of the time, it's embarrassing for both of you when you have to ask if they could repeat what they just said so you can have another attempt at understanding. You may even be close enough for your friend to tell you they feel that they want to become fluent in the language but don’t seem to have it as part of their daily lives often enough. The more often you hear English and have it be as part of your normal life, the more the brain is going to be able to work out the different sounds and tones to words. There are a few things your friend could do so that English becomes like second nature to him or her.


Ask them about their favorite books, newspapers and magazines in their mother tongue, and then try to find equivalents in English that would match the same subjects. The more they can see the similarities in the narratives, they will be able to link certain words to the key points in the articles, stories and news bulletins. This is motivational as issues which are important to them, which they can understand in great depth, they can then try to link words and sentences to them in English. They are already emotionally involved and therefore the need to understand the topics is of greater importance. As they keep up with the different stories, the same words and phrases will keep popping up, which will saturate into their mind and become more recognisable. They can consume literature in their own time, but more often than not, reading books for bedtime will help more than other ways.


Reading language books and going through the lessons over and over can and for some, become monotonous and boring. Slowly the motivation and thrill of learning as a lifestyle goes out the window. At this point, they might start to question whether the language they’re learning purely exists in academic books or in real life where they can use it. As their friend, show them how to practice English with music and movies where they can latch onto relatable characters and songs which they really connect with. The more they start to hear music in their most liked genre and movies which grab their attention, the less and less it feels like learning and becomes more about accepting a culture that isn’t akin to their own but still just as evoking of emotional responses. They feel invested in the media they consume, and this makes it easy to absorb the various difficult lessons which push them over the edge and get them to become fluent.

Helping a friend become fluent in English is very satisfying because it's a life skill that will never leave them once the language has become second nature. The key is to help the learning process become anything but and cypher the information through entertainment.
Share:
at October 14, 2017