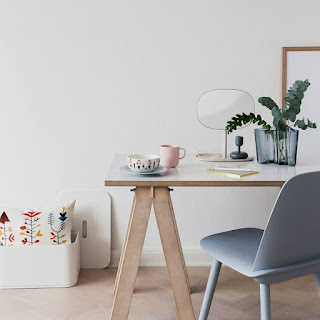 Photo: Source
Equipping young people for the growth of the digital sector
You can’t sit still in an industry that is always moving forward — and the digital sector is doing just that. Breaking out in this industry can be difficult, with young people thinking twice about going to university and complying with the traditional teaching methods that are notoriously present within the current educational structure.

However, there are few universities that are specialised in the creative industries and defy those methods of teaching — such as Cleveland College of Art and Design, who offer a digital design degree. Together, we bring you this article that discusses the importance of upskilling young people in this sector to help prepare them for what real businesses would expect from them.

The prominence of the creative sector

The creative sector contributed £92 billion to the UK economy in 2017, which was up from £85 billion in 2015. This just shows that the industry is progressing at a rapid rate and now accounts for over 5% of the wider economy here in Britain.

According to the Department for Digital, Culture, Media and Sport (DCMS) the UK creative sector is growing at four times the rate of Britain’s workforce entirely. The number of creative jobs soared in 2016 increasing by a total of 5% compared to the wider UK workforce that only increased by 1.2%. However, including creative positions in other industries across the UK – this rise equated to 5.1%.

The figures are astonishing, with one in eight businesses being classified as creative companies – more than 284,000 firms in total that are employing over 3.04 million people. This represents a positive +5% year on year growth.

Looking at figures from the same source, we can see that in 2016 there were 912,000 non-creative support jobs within the sector. However, this figure was succeeded by the 1,047,000 creative occupations within the industry. Although the figures that are accounting for the sector seem high, there were also a reported 1,076,000 creative jobs outside of the sector.

Among the vast amount of jobs across the sector, we can see a regional split. The area with the most employment is London, accounting for 32% of the jobs – then the South East taking second place with 16%. This was soon followed by the South West and East of England both occupying 8%. The North West and Scotland employ 7% with the West Midlands only representing 6%.

Yorkshire and the Humber, as well as the East Midlands both compensate for 5% of the creative jobs in Britain. Poorly positioned is Wales with 3%, the North East with 2% and Northern Ireland with 1%.

However, when members of parliament were questioned about the creative industry’s influence on a modern-day Britain – different responses were heard. When prompted with the statement: “The UK creative industries are vitally important to the positive perceptions of UK plc/Brand Britain internationally”, 48% strongly agreed. Although this was an excellent majority, 42% agreed and 6% neither agreed nor disagreed on the topic. 2% disagreed and another 2% strongly disagreed. This shows that there is a problematic opinion from those in power in on the sector – but with the progress made, that is expected to change.

Roles within the creative sector

The creative sector is home to many different career opportunities – and they all add their own value to the industry as a whole. The UK creative industries split say that those who develop IT, Software and Games are valued at £34.7m according to figures from 2016. It’s important to understand that we need to begin equipping the next generation with the skills they need to meet consumer requirements – especially with an estimated 197 billion apps downloaded in 2017. This includes knowledge on how apps work, the purpose of them and how to enhance the user experience to ensure that they are retained for a lengthy course.

Film and TV productions value remains at around £15.3m – which is set to spike with the new methods of consumption from the user. We need to be moving young people away from learning traditional methods of production and take a focus on new areas. Posing the question – should we start conforming and become more knowledgeable about streaming platforms such as Netflix and Amazon whilst understanding the power of binge watching? This will help us determine how we navigate our future within this category beneath the creative sector umbrella.

The way we advertise is changing immensely too and the speciality in total is valued at around £12.3m. From electronic billboards to push notifications as well as sponsoring influencers to creating out-of-the box advertorial concepts that will get people talking – those wanting to work in advertising must showcase their talents across the entire spectrum from graphic design to marketing a campaign efficiently to deliver the best results possible. These skills are needed, especially with the direction social media is taking us regarding viral videos!

With many other branches within the sector, including publishing that is worth £11.6m and music at £8.2 here in the UK we must begin to understand that although the future technological developments are inevitable, we need to upskill our workforces to ensure that jobs are kept.

If businesses within the creative sector are willing to upskill their current staff, who will in turn inspire and tech the next generation of creatives – the most valuable perk will be presented to your business: loyalty. When you invest time and money into employees, you will see greater results that will help improve your business across the board which will allow you to keep up with growing trends and develop new methods of working. In an industry that’s always moving, it’s important to stay ahead and be the innovators that are thought as the market leaders here in the UK.
Share:
at April 10, 2018
Labels: Career Tips