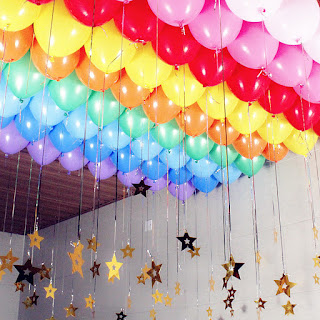 
If you are planning to have your child’s birthday party at home, then you will need to have a lot of activities and food to keep them occupied. Depending on the age of your child, the party can be anything from a type of toddler meeting to a teenager gaming day. It is also important that you think up some appropriate games that your kids can play. If you are struggling for inspiration, then here are a few ideas for children’s birthday party games.

Pass the Parcel
Pass the parcel is a traditional game at children’s parties, it involves wrapping a gift in many layers of wrapping paper, and then they pass it around in a circle to the music. When the music stops, the person holding the parcel can take off one layer of wrapping. It is a game that usually involves one person winning, so you can adapt it. If you want everyone to get something, you can add a gift in between each layer of wrapping. It will ensure that no-one is disappointed. Another fun game with parcels is Yankee Swap.

Musical Chairs
Another traditional game, musical chairs involve chairs usually laid out in a row with one less chair than the number of children playing. You then have to walk around the chairs while the music plays. When the music stops, the children have to sit on a chair, the one without a chair is out. You then take away another chair and carry on until there is just one person left. It is a game that is probably better for slightly older children as young kids might not understand the game.

Duck Duck Goose
Duck Duck Goose is a great game to wear the kids out, and it can be played inside or outside. One child is chosen and walks around the outside of the circle of children. They tap each child on the head and say ‘duck.’ After a while, they will say ‘goose’ to one of the children, they then have to run around the circle and get back to the space before the child who’s the goose catches them. If they are caught, they stay as the kid walking around, if not, the chaser takes a turn. It is a game that even smaller children can do as long as they can understand the concept of the game.
There are many party games that you can choose according to the age of the children you are entertaining. Some might need a little preparation beforehand, but the good part is that many can be played at any time without any preparation or props.