The Importance Of Team-Building In The Work Place 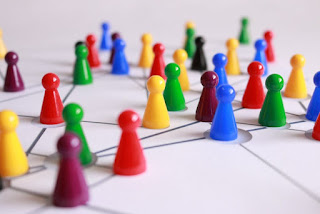 This article was researched and written by conference centre Bedford, Wyboston Lakes.
Are you worried that your employees and management teams are failing to work well together, resulting in low morale in the workplace? Organising a team-building activity outside of the office could make for a great solution, resulting in productive, efficient, motivated and all-round happy staff members throughout your business.
In fact, here’s three reasons why you should consider making team-building a key part of your business plan

It encourages team work
Almost three quarters (70 per cent) of respondents to a study set up by the University of Phoenix have stated that they feel they’re part of a dysfunctional team. Meanwhile, research by Gallup suggests that poorly managed work groups are on average 50 per cent less productive and 44 per cent less profitable.

Facts and figures like these underline the importance of getting teams to work together as much as possible. Team-building events will do this, as they teach participants about how working together will improve the efficiency of all members involved –  for example, how one team member can help another one’s weakness.

It improves communication
A lack of collaboration or ineffective communication has been linked to 86 per cent of all workplace failures cited by employees and executives, a survey reported on by Clear Company has revealed. A study by Herd Wisdom also detailed that 33 per cent of employees believe a lack of open and honest communication will have the most negative impact on employee morale.

Effective communication is an important part of team-building events, as members of a group must talk and discuss options in order to solve a problem that they’ve encountered. Communicating in these scenarios could lead to barriers been broken employees being shy to talk to each other for instance which then carries through when staff members are back in the workplace.

It increases engagement
Did you know that employees who have a high engagement level are 87 per cent less likely to leave a company than those who have a low engagement level? That’s according to research reported on by Officevibe when they were looking into statistics related to disengaged employees.
Mark Jones, the managing director of conference centre and hotel venue Wyboston Lakes, was also keen to add: “Any organisation will benefit from an engaged workforce; employees that are committed, passionate and inspired by their performance will of course generate superior customer service and increased profitability.”

Team-building days are likely to boost engagement among colleagues, as they bond with each other while working together. Friendships could also develop during these events too, with research by Gallup claiming that having a close friend at work can increase engagement by 50 per cent.