Why You Should Hire People Who Failed Badly In The Past 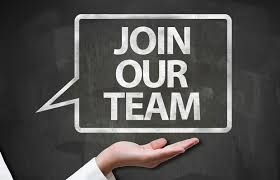 When you run a business, you do everything you can to make sure that it succeeds. You create a compelling product, put state-of-the-art technology in place, and hire people who’ve never experienced the bitter taste of failure in their lives. After all, you have a duty to your enterprise. Taking on staff who failed elsewhere is setting you up for disaster, right?

Well, not so fast. When Jeff Bezos was setting up Amazon;’s home grocery delivery service, he didn’t choose people who’d been successful in everything they’d done to run it. Instead, he picked out individuals who had failed badly in the very space in which he was trying to succeed.

Why the heck would he have done this? It all comes down to his view of failure. Like most people, Bezos had the intuition early in his entrepreneurial career that only people with a history of success should be put in charge of major projects. But as his career wore on, his thinking changed. Suddenly, he saw the merit of taking on people tempered and toughened by failure. They seemed to be more rational, cautious and advanced in their thinking. And they knew all too well the mistakes that were likely to see enterprises go out of business spectacularly.

Part of the reason why hiring people who failed badly in the past is so important has to do with the fact that failure and invention often go hand in hand. When somebody crashes and burns badly, it forces them to rethink their approach to tasks at a fundamental level. It’s not just about tinkering at the edges. It often means a wholesale change in their approach to work (and perhaps life more generally).

Bezos isn’t the only person who has found that hiring people from agencies like Silven Recruitment is a good idea. Other tech firms have had a similar experience.

For instance, for a long time, Google only hired top students with the highest GPAs from Stanford and MIT. But when they crunched the data, they found something interesting: how well you did in school was no predictor of long-term career success or value. Numbers and grades alone said very little, in fact, about how a particular worker would perform in the job market.

The most successful candidates tend to be those who exhibit a strong sense of personal autonomy and mission. They get up in the morning with a clear understanding of what they’d like to achieve, and then they get on with the task of making it happen.

Often, these people have a genuine and deep-seated fear of failure. They’re terrified that they’re going to make a mistake that will hurt the rest of the company. And so they remain constantly vigilant, questioning what they’re doing to make sure that they continue to perform at the highest level. It’s not just about having the right education. It’s also about the mindset of business. Failure breeds a kind of toughness that you don’t get with wholly successful people.